The B/one was designed by Farr Yacht Design, and is 7 meters long and 2.45 meters wide. The slim keel with a lead ballast bulb of 370 kilos, like the rudder blade, is retractable. This feature makes the boat easy to trailer and ramp launchable. The aluminum mast is stepped on deck and can be raised by two people without a hoist.

Hull and deck are built from solid fibreglass an the boat also satisfies minimalist expectations for camping comforts, with two pipe berths belowdecks and room for a porta-potty and a small fridge.

DDZ leant a B/One toÂ Luke Patience, British olympic sailor for the 2014 McEwan’s Scottish Series. LukeÂ competed in the 470 class at the 2012 Summer Olympics, in which he gained a Silver Medal.

YL racing editor Andi Robertson said: It a pleasing synthesis of all that is good in Sportboatsâ€¦ I think it is an accessible design and concept which has a great deal of appeal for owners in the north of Britain where there is much more of a gap for just such a boat. It is a great boat, which, for me, is a really pleasing synthesis of all that has been good about the recent generations of sportboats. In the UK and Ireland the 1720 had its day, but was just too big and unwieldy for what it was. Here the B/One appeals to some of this market â€“ the mature, accomplished owners looking for a well-built quality one design that has ample space for mildly less mobile crew. But equally it has moments when it feels more of a yacht than the SB3, which is more for dinghy sailors in their first sports keelboat, and few people use their SB3 with their family. For us this could easily have been a later afternoon pleasure cruise with a picnic, a few beers and Holli the Labrador along as sail trim coach. Well, she did see the word B/One and wanted one. As I do! 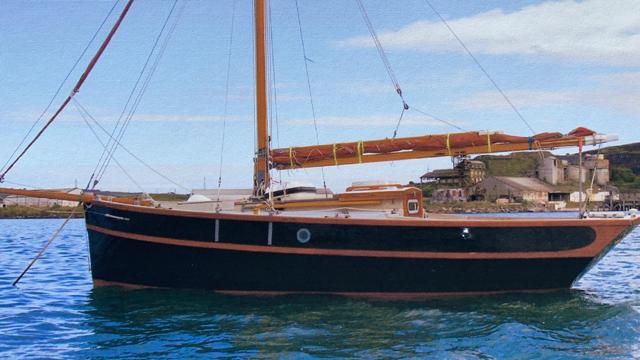 When you purchase Genuine Volvo Penta Parts and
have them installed by us, your Volvo Penta dealer, we’ll
double our standard warranty to two full years.
To find out more please call us on 01475 686072.
See news article for more information.